We recently sat down with her and had a long discussion about relationships, her personal journey, and sex. (Yep, we went there.)

In part 1, of our 3 part series, we’re talking all things relationships. We asked all these questions and more:

We can’t wait for those answers and more, so without further ado—let’s get into it! Make sure to scroll below and see what Tam is up to (hint: it’s amazing).

RP: Thank you for joining us on The Relationship Project! To start, could you tell us a bit about your therapy background?

T: Well did a couple of masters degrees. I did one in women’s studies when I was in my early 20s and I was a little bit of a young radical. And then from there, I did a masters degree in Counselling Psychology and became and Registered Clinical Counsellor. I began as a family therapist and then I moved into specializing in couples therapy maybe 24 years ago. Well over 2 decades now. I do a certain kind of couples therapy which is Imago Relationship Therapy which is a relationship theory, way of life, and therapy that is very skill based. Couples learn use these skills as a way of building connection and deepening their relationship and dealing with their reactions, which tend to be very negative. It’s based on how the brain works and neuroscience so it’s theoretically working with the nervous system instead of against it.

T: Good good. It’s very structured and some of the elements are deep active listening skills, validation skills looking at your own childhood and how that could be affecting your relationship–how you’re pulling stuff out from your childhood. Also your appreciation, being positive and trying to eliminate negativity from your relationship. So that’s the kind of work that primarily I do in a private practice in Vancouver.

RP: Awesome, we love it. Does the LGBTQ perspective have a role in your work?  And how do you support that if it does?

RP: So what would you say are common issues that couples seek therapy for?

T: One partner flooding the other partner with emotion then the other person withdrawing is one main relationship dynamic struggle. One person is more of the emotional, they wanna talk they wanna process things and their partner tends to pull back and withdraw. And then the more that they sweat the person the more the withdraw happens.

T: That’s a major issue that people come in with. I mean, when we say “communication” it can mean anything, but that’s really what people mean when they say we’re having communication issues. Or another main issue is when people don’t know how to listen and they don’t try to meet each other’s needs. They’re just trying to focus on their own. Another one is deep seeded resentment and issues have never been worked out. They just tend to bleed into everything else and there begins to be this deep seeded resentment which is hard to get past. There is certainly is a portion of people where there’s been infidelity. There’s no question.

RP: Can you shed some light on that?

T: In this culture that’s a really big deal. In some cultures its not as a big deal. But it is in our culture and in North America, so that can be very relationship threatening.

RP: Interesting. What do you think is causing these issues?

T: If I was to encapsulate it all, I would say this: What people come to see is they don’t realize how much their childhood experience affected them, or they’ve downplayed it, or they don’t want it look at it, so their partner and them play out a kind of dance from a younger time. They begin to respond to their partner in a way that’s really their responses from childhood. Wo you have two people who are kind of children in an adult relationship. Like I said before: it all stands in unresolved childhood issues that need to get worked out in a relationship. That’s really what it’s about.

RP: Mmm. So how would you advise them on these struggles? Revisiting childhood issues?

T: Right, absolutely. Understanding them, learning about them, knowing how to talk about them, and then teaching people how its affecting them now. The way I deal with all of those issues is through the kind of skills that I teach people using Imago, which are these structured communication skills.

RP: Very cool. Over your amazing decades of experience, have you noticed the struggles in relationships shifting or changing in terms of that generational change?

T: I agree with what you’ve said about relationships being disposable. People are quick to give up now. You know relationships are far more disposable than they use to be. The stats show in North America, 47% of marriages and long term relationships  end in divorce or separation or breakup. You know, that’s a huge statistic to have.

T: It’s really discouraging and the reality is, I think, that so many people’s parents are divorced, they come from homes where there is separation or divorce, (I don’t like the word broken homes) and in terms of the media that’s all we really see in our culture. Relationships are disposable. This idea of, “This one’s not working, I’ll end it and wait till I find the right person.” and people can do that many times over. That’s one major change from when I started 25 years ago!

RP: Yes, for sure. We agree with that. What do you think about the role of technology in relationships and dating?

T: People on their phones all the time, being addicted to the screens, not relating to each other.  You know, what if we went back to the question before this: Technology is the biggest relationship change in my lifetime so far. In 25 years of working with couples the issues in the past that came up they weren’t about the computer and the phone. I cannot tell you how problematic technology is in relationships and people say they can be a real positive. I don’t actually know how.

T: People don’t use their technology in a balanced way, they use it to escape, they use it to exit, they use it to numb when the relationship is difficult, they seek out other people. You know, I don’t think there’s anything good about it, maybe texting flirty texts? [laughs] I don’t know. I think a ton of people do that for long distance relationships, too. Maybe its good at the beginning of a relationship sending them pictures and all that stuff, but that doesn’t last too long.

RP: There’s a slim positive and a way bigger negative pool to pull from, you think?

T: Yes. Well people cannot handle their addictive behaviours and they don’t know how to be moderate about it. That’s the problem.

RP: Especially when its pinging and dinging and lighting up every minute!

RP: Okay. so tell us: Why therapy? Why workshops? Because so many people believe that they should only do therapy if they’re on the brink of ending. Can you speak to that?

T: It’s a huge problem isn’t it? I think people need coaching and modelling. I don’t think you can read a book and get it.

T: I think that until you have a person who’s there supporting your relationship and teaching you how to do things differently, you don’t have the skills. At any point in our lives, when we’re trying to learn something, you study. If you’re learning to be a record producer or a sound engineer you go to school, if you wanna be a good parent you take parenting courses, if you wanna be a realtor you have to go to realty school. It seems the only thing you don’t have to be trained in, is how to have a relationship. And it’s the hardest thing in the world. It’s the hardest relationship you’ll ever have. I don’t know who thought that being in a relationship doesn’t require skill and it should just happen and its easy.

T: It’s all based on having some good skills, learning those from great role models and therapy. I think people are afraid or they think they don’t need it. I don’t get people coming into my office when they’re at the highest point in their land I wish I would! It would save them a hell of a lot less money and at that point they still like each other!

RP: So what is something, right now, that one could do to improve their quality of relationships?

T: Every single day, tell your partner one thing you appreciate, or would like to acknowledge, or honor about them, even if you don’t feel like it.

T: Yes! I mean the point in there being; you have to change your negative thinking about your partner in your relationship. What you do see? What they are giving you? What you do appreciate? Because the negative will only turn into more negative. The only way we know how counteract that is through appreciation. Every day, those folks should look them in the eye, and say what to their partner, “What I really appreciate about you today is____.” If you do this once a day, it will change everything

RP: Amazing. We will definitely be practicing that. Thank you for all of this insight. We can’t wait to get more personal in the Part 2 of this Spotlight Series!

There you have it! Part 1 in our 3 part series diving into all things relationships with Tamara Adilman. We love chatting with her and we don’t know about you, friends, but we took a lot away from this. Here’s our main power punches:

We can’t wait to share part 2 with you next week, we’re getting personal. We’re diving into Tam’s relationship journey and even more amazing insights. (Part 3 is coming after that and we’re talkin’ “about sex, baby!” Cue the Salt-N-Pepa). See you next week!

Tamara Adilman, MA, MEd, RCC has been a Relationship Therapist for over 20 years in Vancouver where she works in private practice specializing Relationship Therapy for couples of all sexual orientations. She is an Advanced Clinician and Certified Workshop presenter in Imago Couples Therapy and facilitates the Getting the Love You Want Workshop In Vancouver. She has been with her partner Sarah for 32 years and they have two adult sons together.  She has devoted her work life to helping couples learn to connect and heal together so that they can live in a conscious relationship with each other. She believes that intimate partnership is the most enriching and challenging relationship of one’s life and that everyone needs skills to navigate it. Tamara loves her work and is passionate that working with one couple at a time can change the world! She can be reached at 604-732-7344.

« Why Your Wedding Day Won’t Be The Happiest Day of Your Life.
Spotlight: Plan More Than Just a Wedding – Plan a Lifetime! (With Young Hip & Married) » 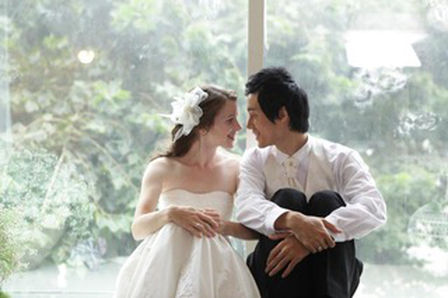 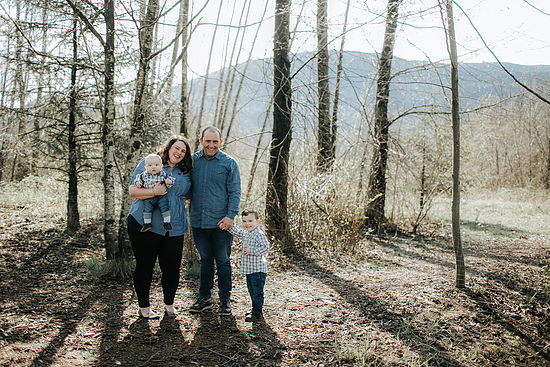 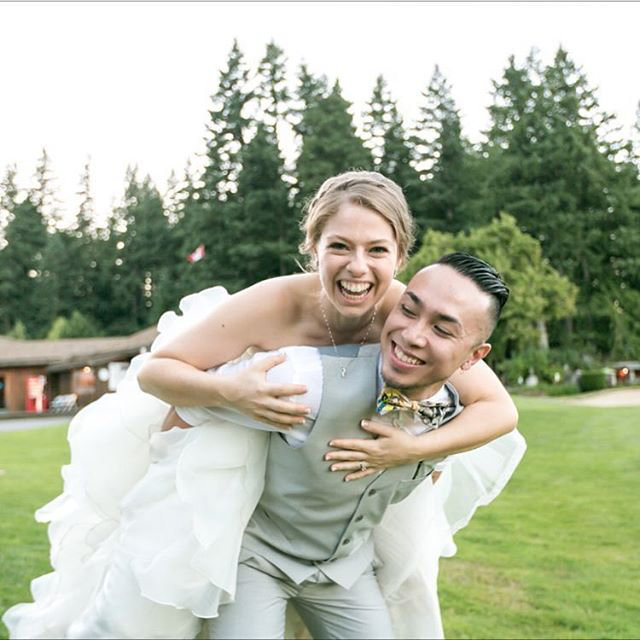 Why Your Wedding Day Won’t Be The Happiest Day of Your Life.